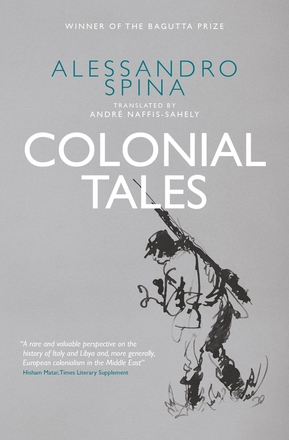 Vol II of The Confines of the Shadow

The short stories which comprise the second volume of The Confines of the Shadow are set in the interwar period, between the late 1920s, when Italy began solidifying its power in its new Libyan colony, and the end of World War II, when control of the country passed into British hands.

Spina's chief subjects in these stories are Italian military officers who idle their time away at their club or exploring the strange lands where they have been posted, always at odds between the jingoistic education they received at home and the lessons they've learned during their time in Libya.

Alessandro Spina was the nom de plume of Basili Shafik Khouzam, who was born into a family of Syrian Maronites in Benghazi in 1927. His first story was published by Alberto Moravia in 1955 and he maintained a steady literary output throughout his life, counting many eminent Italian writers as admirers. His work was shortlisted for the Strega and Campiello prizes and, when it was published in full, The Confines of the Shadow was awarded the Bagutta Prize.