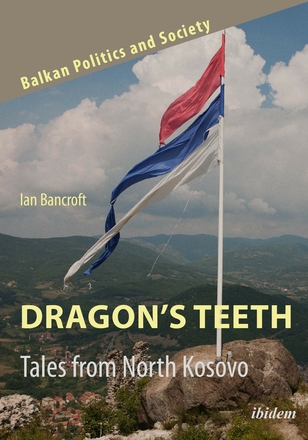 Twenty years on from the end of war, the status of the north of Kosovo remains disputed. Ten years on from Kosovo's declaration of independence from Serbia, the north's predominantly Serb population continues to resist integration. Education, health, and other vital services continue to be provided by Serbia. These latent tensions regularly surface through various forms of resistance, including protests and barricades (most notably those of 2011); resistance which has many historical precedents.

Ian Bancroft provides an original ethnographic account of the reality in north Kosovo, mixing first-hand interviews and anecdotes with historical background and academic insight. He explores a diverse array of themes, including the Trepča mines, religious and cultural life, and the Main Bridge over the river Ibar, which has become a symbol of the divided town of Mitrovica. Bancroft examines memories of the war and 2004 riots, and the daily realities of local governance and politics in a post-war environment. The book also goes to the heart of the border/boundary regions, the multi-ethnic Bošnjačka Mahala, and mixed areas on the periphery to tell the stories of those caught-up on the front-lines of conflict.

Ian Bancroft is a writer and diplomat who has been based in the former Yugoslavia for over a decade. He has worked for the European Union in Kosovo and the Organization for Security and Co-operation in Europe (OSCE) in Serbia and Bosnia-Herzegovina, and has written extensively about Balkan affairs for a variety of publications, including The Guardian and Radio Free Europe. He has lectured on conflict and peacebuilding, and is the author of a chapter, entitled Reconciliation through Recognition, in The Yugoslav Example: Violence, War and Difficult Ways Towards Peace. Bancroft has also written travel articles for, among others, Wine Spectator, The Independent and Open Democracy.