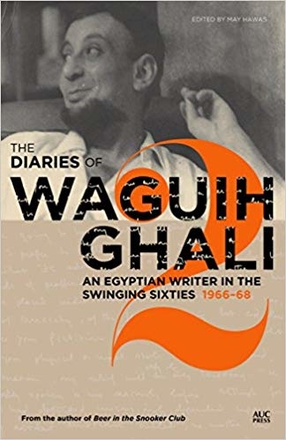 The Diaries of Waguih Ghali

In 1968 Egyptian novelist and political exile Waguih Ghali committed suicide in the London flat of his editor, friend, and sometime lover, Diana Athill. Ghali left behind six notebooks of diaries that for decades were largely inaccessible to the public. The Diaries of Waguih Ghali: An Egyptian in the Swinging Sixties, in two volumes, is the first publication of its kind of the journals, casting fascinating light on a likable and highly enigmatic literary personality.

Waguih Ghali (1930?-69), author of the acclaimed novel Beer in the Snooker Club, was a libertine, sponger, and manic depressive, but also an extraordinary writer, a pacifist, and a savvy political commentator. Covering the last four years of his life, Ghalis Diaries offer an exciting glimpse into Londons swinging sixties. Volume 2 covers the period from 1966 to 1968. Moving from West Germany to London and Israel, and back in memory to Egypt and Paris, the entries boast of endless drinking, countless love affairs, and of mingling with the dazzling intellectuals of London, but the Diaries also critique the sinister political circles of Jerusalem and Cairo, describe Ghalis trepidation at being the first Egyptian allowed into Israel after the 1967 War, and confess in detail the pain and difficulties of writing and exile.

Including an interview conducted by Deborah Starr with Ghalis cousin, former director of UNICEF-Geneva, Samir Basta.

May Hawas received her PhD in literature from Leuven University in 2014. In addition to her editorial experience she has worked in various NGOs concerned with women's issues and youth employment. Some of her short stories have been published in Mizna Journal, Yellow Medicine, and African Writing. She currently teaches English literature at the University of Alexandria.