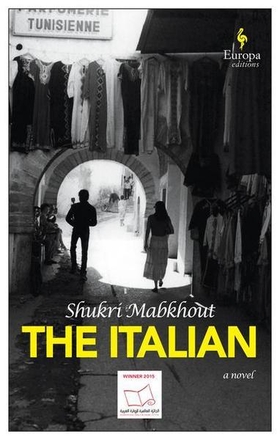 Winner of the International Prize for Arabic Fiction 2015

Tunisia, the final years of the 1980s. A time of tension, revolution, and immense political and social changes. A time when dreams of a better world clash with the harsh reality of a country in which repression, malpractice, and general degradation can crush ambitions and aspirations.

Two lovers, Zeina and the journalist Abdel Nasser, their dreams threatened by the ruthless gears of a corrupt and chauvinist society, are at the center of this atmospheric, masterfully told, and gripping saga.

Shukri Mabkhout was born in Tunis in 1962. He holds a state doctorate in Literature from the Arts College of Manouba, Tunisia, and is head of the Manouba University. He is the author of several works of literary criticism. The Italian is his first novel.