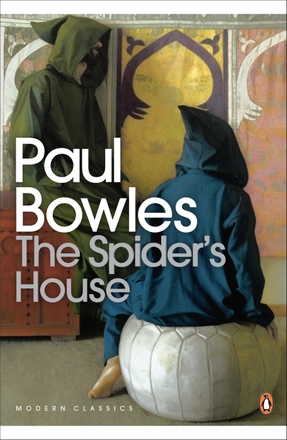 Fez, 1954, and American ex-pat Stenham reluctantly accepts a guide for his night-time walk home through the streets of the Medina. A nationalist uprising is transforming the country, much to the annoyance of Stenham, who enjoys the trappings of the old city. Soon his path crosses with the young illiterate son of a healer, another outsider to the newly politicised life of Morocco in this brutally honest novel of life in the midst of terrorism, violence and the ugly opportunism that accompanies both.

Born in New York in 1910, Paul Bowles is considered one of the most remarkable American authors of the twentieth century. He studied music with composer Aaron Copland before moving to Tangier, Morocco, with his wife, Jane. His first novel, The Sheltering Sky, was a bestseller in the 1950s and was made into a film by Bernardo Bertolucci in 1990. Bowles's prolific career included many musical compositions, novels, collections of short stories, and books of travel! poetry, and translations. His novels include The Spider's House, Up Above The World and Let It Come Down.