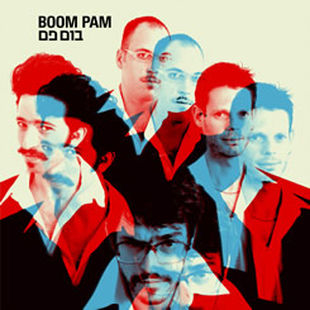 Tel Aviv-based band Boom Pam formed in 2003. They play a mixture of Mediterranean rock and surf music in the format of a unique quartet including: Electric Guitar, Tuba, Keyboard and Drums. Boom Pam regularly play in clubs, bars, live venues and music festivals around the world. Their live act was an immediate success and could be seen in various forms, ranging from concert halls to wild alcohol soaked parties.

Boom Pam's debut album was recorded in Frankfurt with the German label Essay Recordings. The band co-produced the album with DJ Shantel. The LP was released during the Spring of 2006 and was distributed throughout the World. The album went straight into the top ten list of the European World Music Charts.

Their second album, Puerto Rican Nights, was released in 2008 by Essay Recordings. In Israel, the band continued to be involved in numerous artistic collaborations, such as working with the Batsheva Dance Ensemble, releasing several Israeli hit singles, recording music for films and collaborating with New York based Israeli band, Balkan Beat Box. Their debut show in North America was at the globalFEST 2007, held in NYC. Following this they toured throughout the US and Canada, giving a warm-up performance as the opening act for The Ventures in California, performing at The Winnipeg Folk Festival and at the Montreal Jazz Festival.

In mid 2010, Boom Pam released their third album, Alkazam, with Tel Aviv based label Audio Montage, which was followed by an appearance at SXSW and three European tours.

Boom Pam have been playing together for 10 years and have been touring extensively around the globe (in Europe, America, Canada, Mexico, South Africa and Japan). They continue to blend the sounds of magical surf guitar chords with Tuba vibrations and heavy Drum beats on an ecstatic Mediterranean trip.