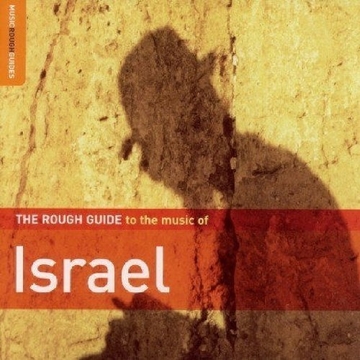 The Rough Guide to the music of Israel

Geographically speaking, Israel is a tiny country, with a population of less than six million and a landmass approximately the size of the state of New Jersey. However, its population includes over one hundred different nationalities. Consequently, despite being called "The Jewish State", it is one of the most diverse places in the world. When the State of Israel was created in 1948, its policy was not only to encourage emigration to Israel from around the world, but also to develop new Israeli culture, including music, often at the expense of the existing culture of the Jewish diaspora. Songs from numerous languages (most notably Russian) were translated into Hebrew as cultural activists of the Zionist movement tried to quickly develop a new Israeli folk music that, in their vision, would help to create a new Israeli nation free of memories of persecution and injustices of the Diaspora. Yiddish, Sephardic, mizrachi ("Eastern" Jewish music) and Arab-inspired folk music were officially neglected. Despite this, the forbidden melodies that came blasting out of Israeli bus stations, private gatherings and local marketplaces was, quite frequently, mizrachi music from places like Yemen and Iraq. Also, the officially supported Hebrew music could not help but incorporate the heart-wrenching elements of Russian and Yiddish folk songs, energetic rhythms of Yemenite and North African music and the soul of Arab and Palestinian inspired genres, to say nothing of modern non-Jewish music from around the world. Gradually, and forged in conflict, all these influences melted and produced rich and diverse, distinctly Israeli music. Over the past two decades, there has been a boom of Hebrew music of the Sephardic diaspora in Israel. Whereas artists like Ofra Haza became international sensations, others – like Yair Dalal – have raised the consciousness of various musical forms both nationally and internationally. At the same time, music wirtten in previously neglected Jewish languages, including Ladino, Yiddish (due in large part to the work of Chava Alberstein), Judeo-Arabic and Arabic, enjoy unprecendeted popularity. The music of Israel continues to evolve, fusing a host of Middle Eastern styles, incorporating hip-hop, techno and more.