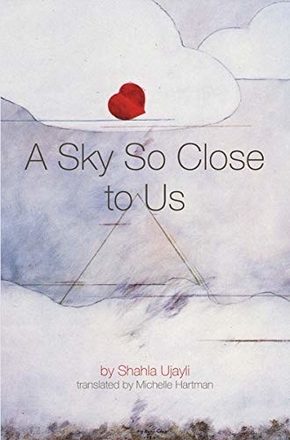 A Sky So Close to Us

A multigenerational tale of love, loss, exile, and rebirth, shortlisted for the 2016 International Prize for Arabic Fiction.

As children sleeping on the rooftop of their ancestral family home in Raqqa on warm summer nights, Joumane and her sisters imagine the sky is so close they can almost touch it. Years later, Joumane lives as an expatriate in Jordan, working for a humanitarian agency, while her sisters remain trapped in war-torn Syria. Living alone as she fights her own battle with cancer, she contemplates the closeness of the same sky, despite the sharply delineated borders that now separate her from her family. Her only close confidant is another exile, a charming, divorced Palestinian man with whom she develops a warm relationship – later discovering that their relatives were neighbors in Syria. As Joumane undergoes painful chemotherapy treatments, Nasser slides into the role of her caretaker and partner. She comes to depend on him utterly, at the same time fearing that her vulnerability and need will ultimately drive him away.

Interspersed with Joumane's story is a sweeping historical narrative that moves from nineteenth-century Aleppo, Raqqa, and Damascus, to Palestine before and after the 1948 Nakba, to Iraq before and after the American occupation, and beyond to the United States, Serbia, and Vietnam. Each character in the book is revealed, and linked, through the stories of their ancestors, showing the intergenerational inheritance of trauma and identity. Ujayli's attention to detail and evocative prose brings to life worlds forgotten and ignored, reminding us of the devastation of war and the beauty that people create wherever they go.

Shahla Ujayli is a Syrian writer, born in 1976. She holds a doctorate in Modern Arabic Literature and Cultural Studies from Aleppo University in Syria and currently teaches Modern Arabic Literature at the University of Aleppo and the American University in Madaba, Jordan. She is the author of a short-story collection entitled The Mashrabiyya (2005) and two novels: The Cat’s Eye (2006), which won the Jordan State Award for Literature in 2009, and Persian Carpet (2013). She has also published a number of critical studies, including The Syrian Novel: Experimentalism and Theoretical Categories (2009), Cultural Particularity in the Arabic Novel (2011) and Mirror of Strangeness: Articles on Cultural Criticism (2006). In 2017, she won the Al Multaqa Prize for her short-story collection The Bed of the King’s Daughter.