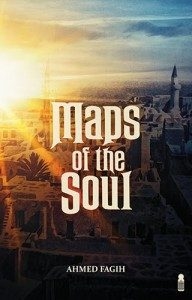 Maps of the Soul

Othman al-Sheikh is running away from the shadows of his past life in a small dusty village in the Libyan Desert. Tripoli, meanwhile, is a city in the process of transformation, moulded to the will of its Italian colonisers. Its decadent entertainments and extravagant riches conceal an underbelly of abject poverty and ruthless plotting. Othman falls for the city and its temptations. With a natural instinct for survival, he tries his luck in the capital, swept along by chance and opportunity.

Set in the early 1930s, Maps of the Soul takes us on a journey into a different Libya, a country emerging from resistance wars and presided over by the charismatic Italian colonialist Italo Balbo who dreams of a new Rome on "The Fourth Shore", the crowning glory of the fascist dream. Against this backdrop, the story unfolds, one of painful survival in the face of defeated dreams. This volume contains the first three parts of Fagih's monumental twelve part work, ending as Othman finally leaves Tripoli behind, a city at the mercy of wrangling and war.

Ahmed Fagih is a renowned Libyan novelist and playwright, born in Libya 1942. He died in May 2019 in Cairo. His first collection of short fiction in Arabic was published in 1965. His award winning trilogy Gardens of the Night was published in its English translation in 1995. His other works include several collections of short stories, plays and essays. Maps of the Soul is a twelve part novel that was published in Arabic in 2009 of which this book contains the first three parts. Fagih lives between Tripoli and Cairo.