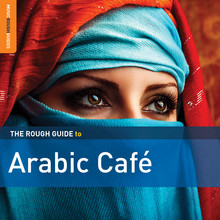 Includes a bonus CD by Dozan

Nowadays in the West coffee chains are endemic on every high street. Pounding the streets anywhere from Croydon to Chicago, you can be sure to find a slick, stainless-steel-clad Starbucks or a clinical, corporate Costa crowded on to every other corner. In these capitalist climes, multi-national chains jostle for space with holistically hip independent joints where media consultants tip-tap on MacBooks whilst sipping their double-shot decaf doppios. Looking back at the richly roasted history of the potent brew reveals a fascinating story and its deep connection to the musical culture of Eastern Africa and the Middle East, where the drink originated.

There are hundreds of contesting accounts of coffee’s legendary first uses. A popular theory surmises that in the tenth century, nomads wandering through Ethiopia’s mountains ate the coffee plants red fruits and first discovered its stimulating properties. Next, members of the Shadhiliyya Sufi order are said to have spread coffee-drinking across Southern Arabia and the Islamic world from the thirteenth century onwards. Today coffee’s enveloping aroma still scents the streets of the Arab world’s beating cities and village outposts. Touchdown in Beirut, Ramallah, Cairo, Casablanca or Riyadh and you are sure to soon have your hands wrapped around a steaming strong amalgam. This Rough Guide concocts a collection of laid-back music likely to be pumped out from street-side Arabic coffee-houses where the clinking of glasses, gentle ripple of conversation and misty shisha smoke mingles amongst the guests in percussive interplay.

We sip our first Arabian infusion in a Franco-Algerian establishment in the company of Maurice El-Medioni. Born in Oran, El Medioni first learned to play the piano by mimicking popular 1930s French songs he heard on the old family radio. During the 1940s he learned to boogie-woogie and jazz along with the US troops stationed in Oran. In 1962 escaping his country’s bitter civil war El Medioni relocated to France and set himself upon the cosmopolitan cabaret scene. Joining us in Algeria, Akim El Sikameya’s unique high-range vocal is heard on ‘Ya Waadi’. Both artists blend Arab-Andalucian tradition with swinging jazz trumpets and syncopated swagger.

Ali Hassan Kuban’s music greets us in Egypt with a steaming cup of his Nubian blend. Known for his wide gap-toothed smile and jazz-inflected wedding music, Kuban transformed the complex rural rhythms and trance-like chants of his homeland by adding Western instrumentation and danceable beats. Sudanese musician Abdel Gadir-Salim also draws on wedding repertoire as heard on his strident 6/8 tune Gamearina. The band Salamat was formed by Mahmoud Fadl, another musician with a strong rooting in the Nubian and Arabic wedding scene in Egypt. Fadl’s love of percussion is resonant in the playful patterns underpinning tracks Elleya Misafir and Wainek.

Within the course of this travelogue album we go on to glide from Ihsan Al-Mounzer’s Lebanese light roast to Groupe Mazagan’s Moroccan rock mix, Daramad’s relaxed-pace Persian delights, and Ramzi Aburedwan’s punctuated Palestinian grooves. Uncover the history of coffee culture on this carefully-blended compilation.